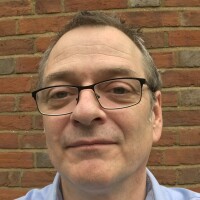 Simon Watkins writes for Rhotic’s Institutional Finance team. He joined from the Financial Conduct Authority in 2021 where he was an editor responsible for the regulator’s thought leadership output.

In the late 1990s, he was a senior City reporter with the Press Association.

Our free fortnightly newsletter delivered directly to your inbox
SIGN UP