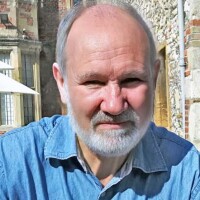 Among his many achievements, David launched the British Insurance Awards — now in its 28th year as the most successful B2B awards scheme in the UK.